Assistant Head of School for Academics

They texted each other. They messaged former colleagues. They cried when the cameras were off during the few merciful commercial breaks.

But in the hours after WBTV staff members learned that two colleagues, Jason Myers and Chip Tayag, were killed in a helicopter crash off of I-77 on Tuesday, they did the thing they do:

Ducks on the water: calm on the surface, fretful beneath. From 12:30pm to about 3pm, they all knew the news but didn’t report it, not until they were certain that Chip and Jason’s families knew, too.

Then, just after 3pm, pictures of the two men were on the screen. They were smiling. Molly Grantham and Jamie Boll, two of the station’s most experienced anchors, swallowed hard and spoke their names.

Except for a break for the nightly news, Grantham and Boll stayed on the air until 8pm. Other staff members showed up at the station, not knowing what else to do. Former staffers did, too. The police chief and mayor and governor and county manager and Panthers and Knights offered condolences. 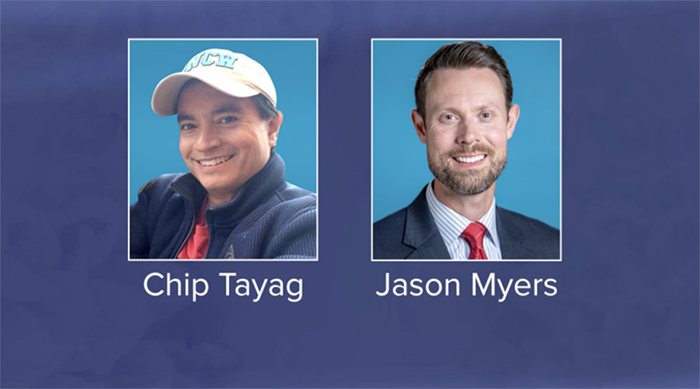 Between the lines: WBTV is our news partner, but the relationship is a little deeper than that. Laura worked there as a producer before joining Axios in 2021. She won an Emmy there with her team. And she became friends with Jason and Chip.

Point is, they’re our extended work family. We email them every day, text them every day, and we hope like hell we never have to see messages like the ones we saw yesterday again.

The bottom line: We’ll let Laura close this, with what she wrote late Tuesday afternoon, for Wednesday’s Axios Charlotte newsletter, under this photo. 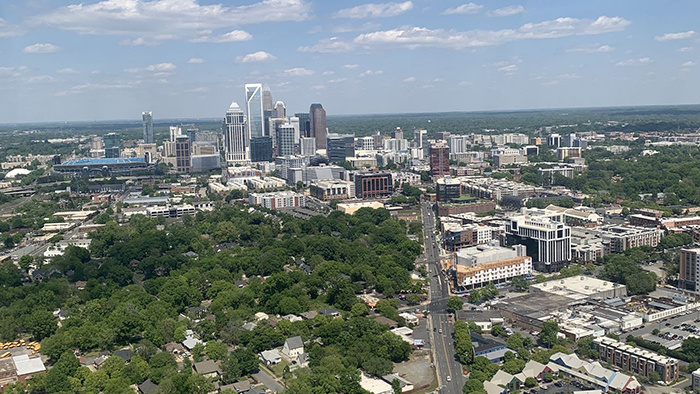 Chip and Jason were two of the nicest people I had the pleasure of working with during my time at WBTV.

Chip helped me fulfill a lifelong dream of riding inside a helicopter, and the view of the Charlotte skyline from above is a memory I’ll always cherish. The fact that I can share it with you here is all thanks to him.

As for Jason, you can thank him for all of our weather updates. He was my go-to weather guy and always answered my calls with a cheery “How’s it going?”

A GoFundMe was created for both Jason and Chip. If you’d like to support their families, you can do so here.

Go deeper with memories of Myers from WBTV chief meteorologist Al Conklin, and more tributes to both men from the Charlotte community.

The post WBTV’s staff mourned and reported the news all at once after helicopter crash appeared first on Axios Charlotte.

Changes at Charlotte-Douglas could help travelers during holiday rush