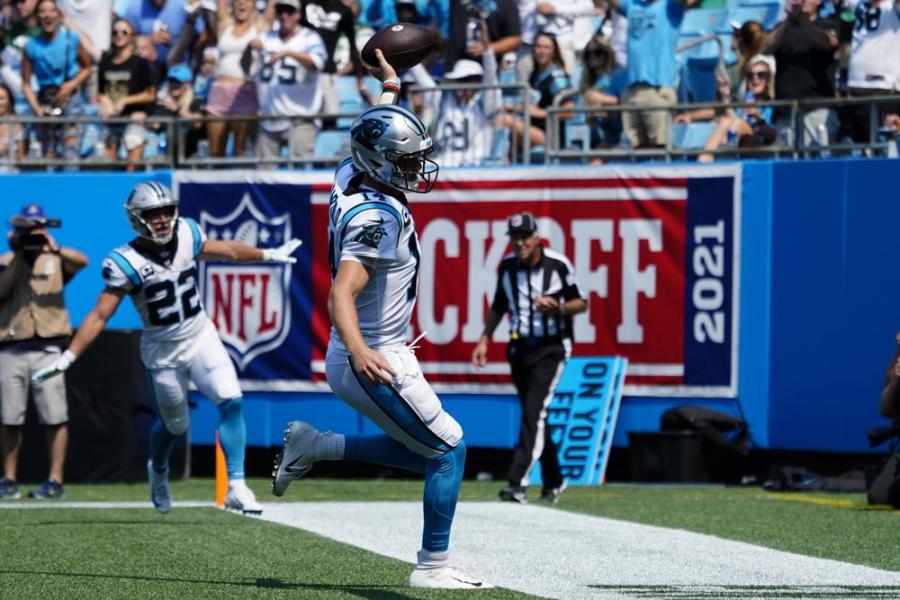 CHARLOTTE, N.C. (AP) — The Carolina Panthers could never really figure out Drew Brees when he was playing quarterback for the New Orleans Saints.

They’re hoping things will be different on Sunday with Jameis Winston at the helm.

Brees dominated Carolina for more than a decade, going 18-11 as a starter with 57 TD passes and 22 interceptions. Under Brees, the Saints won eight of their last nine games against Carolina, including a 2017 playoff game. Winston, on the other hand, has struggled against the Panthers, going 4-5 with nine TDs and 16 INTs when he was playing for the Tampa Bay Buccaneers.

Panthers second-year coach Matt Rhule said he was impressed with Winston’s arm strength and his ability to extend plays with his feet — two things that Brees wasn’t particularly known for during his 20-year NFL career — in the Saints’ surprisingly easy 38-3 win over the Green Bay Packers in Week 1.

“His ability to attack you up the field and run with the ball adds a dynamic element to the game that we have to prepare for,” Rhule said.

Like Winston, Carolina’s Sam Darnold is hoping to make a mark with his second NFL team. Darnold threw for 279 yards and combined for two touchdowns in a 19-14 win over the New York Jets in the season opener.

“It’s a significant change at quarterback when you have a starter that’s different,” Payton said of preparing for Darnold.

The Saints’ offense had to conduct practice and meetings without a handful of assistant coaches present this week, and it’s not clear if any of them will be on the sideline Sunday.

Fortunately for New Orleans, Payton designs and calls the offense, and he was present. Payton also took a more hands-on role in meetings where assistants were absent.

“We got a chance to experience one of the best offensive minds in the game, one on one, in a staff meeting running the tape. We got a chance to hear how he wants it done,” Winston said of Payton. “It is a blessing in disguise. I promise. You can ask anyone else. Everybody in that room really enjoys that.”

It didn’t take long for critics to begin questioning the Panthers’ use — or overuse — of running back Christian McCaffrey after he gained 187 yards on 30 touches against the Jets coming off a 2020 season in which he missed 13 games due to injuries.

Offensive coordinator Joe Brady said the team didn’t go into the game planning to get McCaffrey 30 touches, but said Darnold had a number of unscripted check-down throws to the 2019 All-Pro running back because of how the Jets defended the Panthers.

McCaffrey, for one, isn’t worried about his workload.

“I honestly don’t care. I don’t focus on that stuff,” McCaffrey said. “I just focus on being the best player I can be and taking care of my body at all times and prepare like I’m going to going to play the whole game.”

Cornerback Bradley Roby, acquired by the Saints in a trade with Houston last week, joined his new club at practice this week — and not a moment too soon. Top cornerback Marshon Lattimore injured his thumb in Week 1 and needed a surgical repair.

Roby said being traded to New Orleans suddenly meant a chance to play for a team with more realistic playoff aspirations than Houston currently has.

“What a blessing because we’re playing for something here,” said Roby, who is coming off a six-game suspension assessed last season for violating the NFL’s performance-enhancing drug rules. “For me to be at this point in my career, going into my eighth year, I won a Super Bowl (with Denver) before and I’m trying to get another one real bad.”

The Saints are playing without their top three interior defensive linemen from last season. They traded Malcom Brown and let Sheldon Rankins leave in free agency, while David Onyemata was suspended six games for a performance-enhancing drug violation.

But the Saints continued to plug the interior against Green Bay in Week 1, limiting the Packers to 43 yards rushing while relying on younger, less established tackles Malcolm Roach, Shy Tuttle and Christian Ringo.

“We shut that (run) down early,” defensive end Cameron Jordan said. “The interior play was nothing short of great for that first half until (Green Bay) stopped running the ball.”

IN THE RED ZONE

The Panthers’ red-zone struggles from last season carried over to Week 1 when they scored one touchdown on four trips inside the Jets’ 20-yard line. Brady pointed to a lack of execution, noting that Darnold had a fumbled exchange near the goal line and also threw high to open tight end Ian Thomas on a seam route in the end zone.

“If you’re not executing down there, then you have to continue to harp on it,” Brady said.