Video shows woman curse at, assault Navy sailor who she claimed was a 'fake'
Advertisement 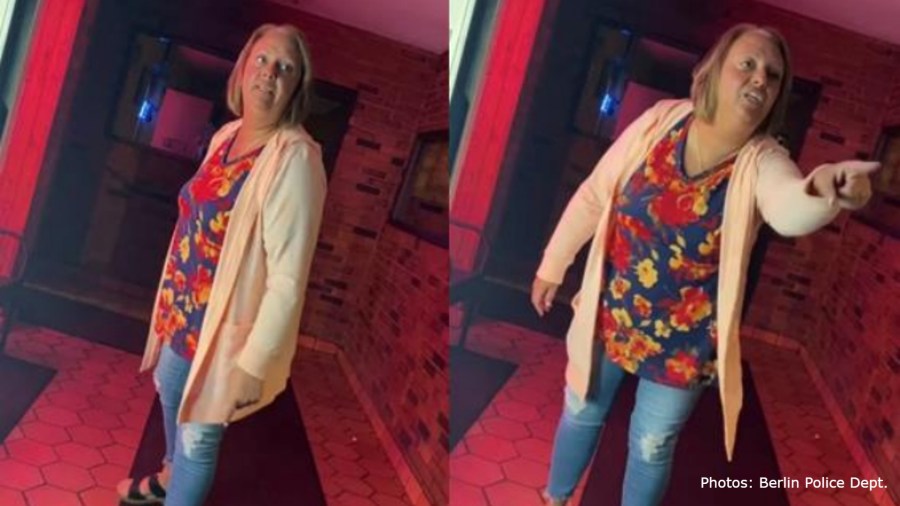 BERLIN, Conn. (WTNH) — The video of a woman who appears to verbally and physically assault a member of the military at a Connecticut restaurant on Sept. 11 has now gone viral.

“This is disgusting, disgusting!” the woman says to the alleged victim. She appears to throw the sailor’s hat on the ground and slap him.

“Ma’am, you’re on camera,” Maria Karoni, a friend of the sailor who videotaped the incident inside the lobby of Central Pizza on Mill Street in Berlin last weekend, said.

The woman, who police have not yet publicly named, questioned the fatigues the sailor was wearing.

Sean Nolte Jr. identified himself to Nexstar’s WTNH as the person who was assaulted in the pizzeria. The Navy Seaman is a student at the submarine school on the Naval SUBASE in Groton, Connecticut, a spokesperson confirmed.

Nolte Jr. described the incident in a Facebook post, saying that he remembered her constantly staring at him, but since he was in uniform he smiled back.

“As she leaves, she looks at me and says ‘Nice Smile’ very sarcastically. I reply ‘Thank You, have a nice day ma’am’ and continue about my day,” he wrote. “Not even 30 seconds later she comes marching back in, and yells at the Pizzeria staff ‘He is a fake by the way, my husband is in the Army….’ you can probably assume the rest.”

Nolte Jr. said he tried to show her his military ID, but she claimed it was fake and should look like the one she pulled out – a dependent military ID. The video circulating on social media shows what happened next as the woman curses at and appears to hit Nolte.

The owner of Central Pizza said he was shocked by what he saw.

“I have never seen something like that,” Jason Bikakis said.

Thousands have seen the video, but it wasn’t until police released it to news outlets that they got results.

“We got a bunch of tips yesterday [Tuesday] that we followed up on,” Acting Berlin Police Chief Chris Ciuci said. “We were able to identify the suspect. She met with our investigators, and she’s cooperating so we anticipate there will be charges forthcoming.”

In addition to the viral video, police say they also have other videos like ones taken from surveillance cameras in the lobby of the restaurant. Police did not want those videos released while the investigation remains open.

The owner said he actually saw the woman slap the submariner.

“Slap him, yes, in the face like she knows him for a long time,” Bikakis said.

“She was in a public restaurant and she created alarm by her language and by assaulting someone,” Ciuci said. “So, there are charges related to breach of peace and assault in the third degree that we’re pursuing.”

Attorney: Warrant issued for Alex Murdaugh's arrest, Murdaugh to turn himself in