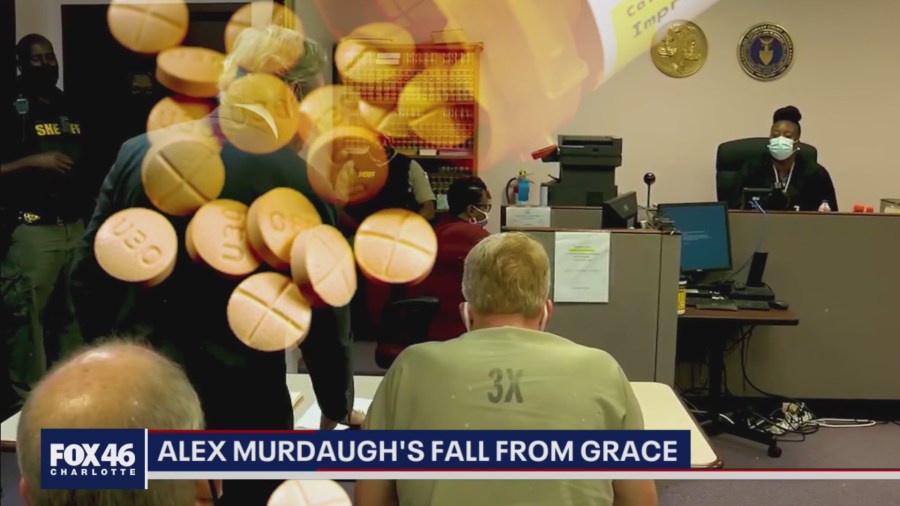 (FOX 46 CHARLOTTE) – Prominent South Carolina Attorney Alex Murdaugh is out of jail and headed back to a rehab facility out-of-state. Murdaugh was arrested Thursday and faced a judge in Hampton County.

He’s charged with insurance fraud after a botched suicide scheme.

Authorities say Murdaugh hired his drug dealer, and former client Curtis Smith, to kill him in hopes of giving a $10 million insurance policy to his surviving son.

Murdaugh, who comes from a family of high-profile prosecutors and lawyers, sat in a jail jumpsuit while his lawyer described his fall from grace.

“He is not a man of significant means anymore,” said Dick Harpootlian, one of his attorneys.

Harpootlian says Murdaugh has had a crippling addiction to opioids for two decades.

But his life really started to unravel when he found the murdered bodies of his wife and son, Maggie and Paul, at their home in Colleton County.

A judge granted Murdaugh bond and allowed him to return to rehab.

Prosecutors told the judge they’re worried what Murdaugh will do once he leaves rehab.

“Sometimes those who had everything and who are suffering a fall from grace are more of a concern than a hardened criminal,” said Creighton Waters with the South Carolina Attorney General’s Office.

The insurance fraud investigation is just one of several surrounding Murdaugh and his family.

Back in June, his wife and son were found shot to death outside their home.

In 2019, Paul Murdaugh was involved in a deadly boat crash that killed a 19-year-old girl.

The South Carolina Law Enforcement Division is investigating to see if anyone tried to obstruct the investigation into the deadly wreck.

SLED is also investigating a deadly 2015 hit-and-run that took place not far from the Murdaugh’s home.

And just this week, SLED announced they were looking into the death of Murdaugh’s former housekeeper.

Harpootlian says Murdaugh had nothing to do with any of those deaths.

“He’s cooperated with (SLED). The ball is in their court. They’re investigating it. I hope they have a suspect,” said Harpootlian.

SLED is also investigating claims by leaders of Murdaugh’s law firm that he misused millions of dollars of the firm’s and his client’s money.

Some Mecklenburg County officials worried about county operations during suspensions