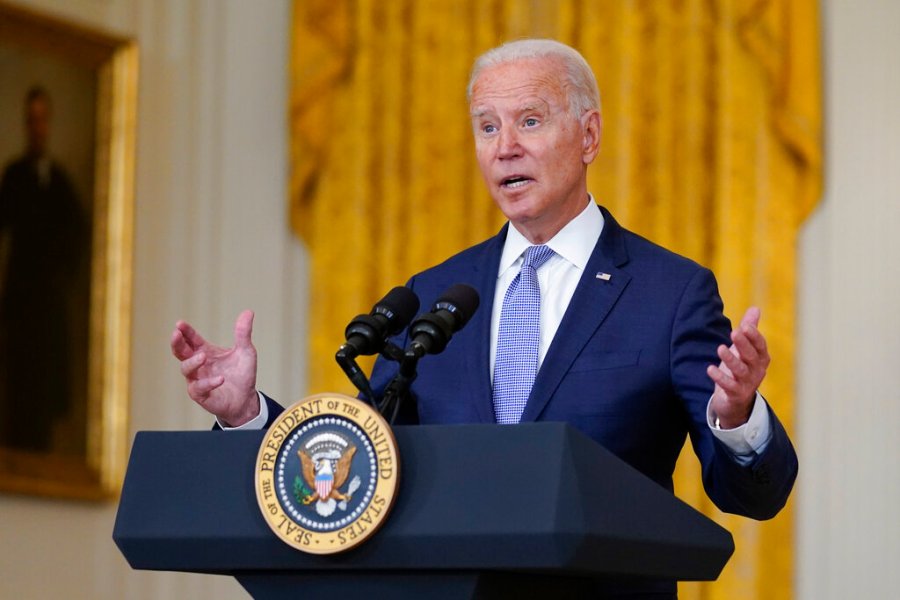 WASHINGTON (NewsNation Now) — President Joe Biden’s “build back better” agenda is poised to be the most far-reaching federal investment since FDR’s New Deal or LBJ’s Great Society — a prodigious effort to tax the rich and shift money into projects and programs touching the lives of nearly every American.

While the $3.5 trillion deal is still making its way through Congress, it will represent a benchmark of the Democratic party’s platform if passed.


Fence goes up around US Capitol ahead of Saturday rally

Biden plans to continue making the case for his vision in remarks on the economy and middle class Thursday afternoon.

NewsNation will stream Biden’s remarks in the player above.

The plan envisions the government shoring up U.S. households, setting industrial policy to tackle climate change and confronting the gaping income inequality that was laid bare by the COVID-19 crisis.

Republicans have called the plan everything from socialist to overreaching and are virtually unanimous in their opposition.

Democratic lawmakers are also divided on the plan, with some vocally supporting it and others saying it goes too far.

Sen. Joe Manchin and Sen. Krysten Sinema both have come out against the over $3 trillion price tag. Moderates in the House have voiced similar concerns.

If Biden can pass his plan, it will become a central referendum in the midterm elections in 2022 on whether voters embrace the vision put forth by Democrats who control the White House and Congress.

“Democrats see that we have a once-in-a-generation opportunity to head this country in a better direction,” said Sen. Elizabeth Warren, D-Mass., after an intense private meeting of Democrats this week.

“People talk about how big this package is, it’s big because we have under-invested for so long,” she said.

One of the most controversial components of the plan are the tax provisions.

For corporations, the proposed 26.5% rate would be an increase from today’s 21%.


Tito’s Vodka: Giving with a mission by a man with a vision

“The demonization of prosperity is unwise,” said Republican Rep. Adrian Smith of Nebraska, during Wednesday’s session at the tax-writing Ways & Means Committee.

The last time Democrats succeeded in accomplishing something this big, the Affordable Care Act, it cost them their House majority in the 2010 midterm election, during then-President Barack Obama’s first term.

'It's absolutely hard to watch': A look inside a COVID ICU Unit