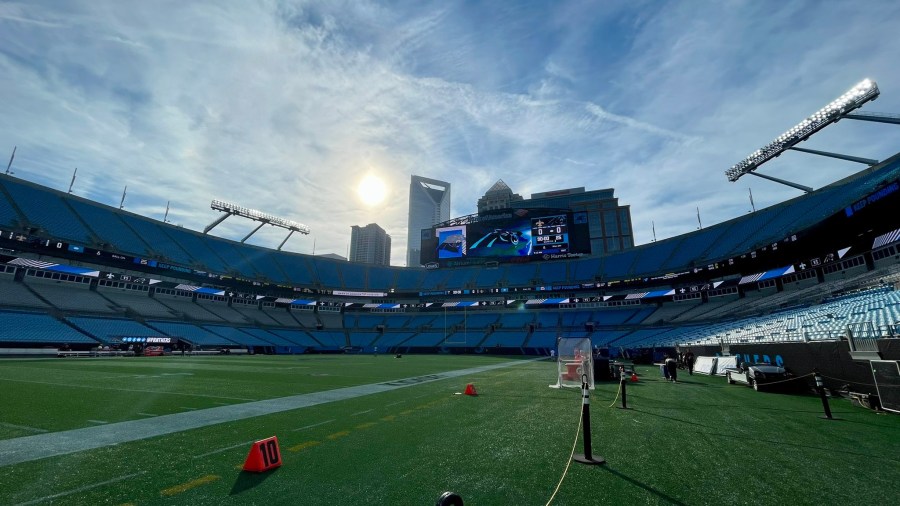 CHARLOTTE, NC (FOX 46 CHARLOTTE) – The Carolina Panthers snapped a four-game skid against the New Orleans Saints, sending the NFC South divisional rivals packing with a 26-7 win at Bank of America Stadium on Sunday.

The team’s first-year quarterback Sam Darnold looked solid throwing for 217 yards on 15-for-19 passing with a pair of touchdowns in the first half.

Pro Bowl running back Christian McCaffrey, who was used at length in last week’s 19-14 win over the New York Jets, rushed for 50 yards on 15 carries in the first half. Citing hamstring issues, CMC went to the locker room in the third quarter and returned in the fourth quarter.

The two first-half touchdowns came on passing plays by Darnold. Three minutes into the game, Darnold connected with receiver Brandon Zylstra for a 20-yeard score and a 7-0 lead. Then in the second quarter, DJ Moore caught a two-yard pass in the endzone with 1:55 left in the half.

Both teams went scoreless in the third quarter. Saints QB Jameis Winston, who starts his first year as the replacement for future Hall of Fame quarterback Drew Brees, punched it into the endzone to start the fourth and put the Saints on the board,17-7. Winston finished the game with 111 yards on 11-for22 passes, no touchdowns, and two interceptions.

With 5:30 to go, CMC added some insurance with an 11-yard touchdown run. Zane Gonzalez missed the extra point. Moments later, Gonzalez would knock in a 42-yard field goal making it 26-7.

Darnold threw for 305 yards on 26-for-38 passing with 1 interception and the 2 TD’s for the day. McCaffrey finished with 72 yards rushing, 65 yards catching, and 1 touchdown.