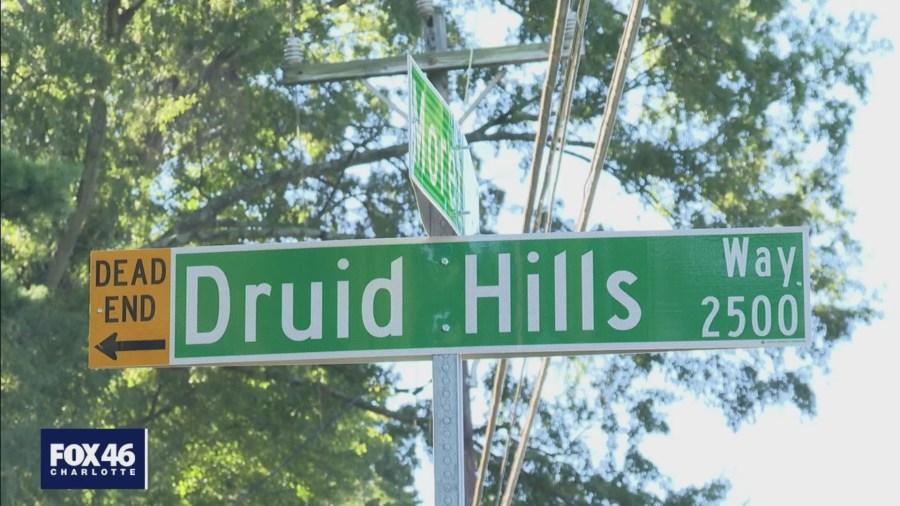 CHARLOTTE (FOX 46 CHARLOTTE) — It’s a tale of two Carolinas when it will come to streets and structures with names tied to the Confederacy.

It’s the first of nine streets to be renamed in the coming months, after town leaders made a decision to scrap ties to the confederacy.

The road was named following the former President of the Confederacy.

“I assume to get rid of the previous avenue name of Jefferson Davis is just remarkable,” claimed Melissa Gaston, a longtime resident and chief of the Druid Hills Community Affiliation.

Gaston reported she was the a person who prompt Druid Hills Way.

City leaders interviewed people and questioned for their enter on the new title. 55% of them voted with the eventual winner.

“Because the avenue is a minority, black-owned road and to have a thing named after somebody who was not pro-African American is just a slap in the facial area,” Gaston said.

What is actually going on? Indicator up listed here for FOX 46 Alerts and get Breaking News despatched straight to your inbox

But although Charlotte is chopping ties to the confederacy just across the border, they’re more robust than ever.

This 7 days, the South Carolina Supreme Courtroom upheld the Heritage Act, which forbids changing the names of streets, buildings or other community spots without the need of acceptance from the legislature.

The court did obtain that the first need that 2/3rds of the condition legislature approve a adjust to be unconstitutional.

Richland County Democratic Rep. Seth Rose has submitted laws to have a statue of previous Governor Ben Tillman taken off from the condition grounds.

But he does not see any movement at any time quickly.

“I’m not positive this typical assembly, the legislators at the statehouse are all set to do what desires to be done,’ Rose explained.

“But I do feel our youth, the children, our foreseeable future leaders will not stand for it. And his times are numbered on the statehouse grounds.”

“I reiterate what I have continuously claimed given that 2015: the South Carolina House of Reps will not engage in or discussion the details of general public monuments, memorials, condition buildings, street names or any other historic markers throughout my time as Speaker,” Lucas claimed in a statement.