Yesterday afternoon, leaders from the Greenstone Group, David Hoffman Realty, and the City of Charlotte gathered to break ground on a true first for our city – and for our region.

When completed, the 6-story $25 million Prosperity project at the corner of Summer Creek Lane and Benfield Road will become the first all-concrete residential midrise in the South East. The unique precast concrete structure will allow for significantly increased fire resistance and sound proofing when compared to typical stick-built condo develops, as well as allowing for full 10-foot floor-to-ceiling windows in the units.

Prosperity will include 87 luxury condo units, with studio, one-bedroom, two-bedroom, and three-bedroom options with prices starting at around $295,000. It will also feature roughly 10,000 square feet of retail on the first floor and a range of amenities throughout the property.

The project is being spearheaded by Charlotte’s own David Hoffman Group and renowned developers out of Atlanta, the Greenstone Group.

“Our new homes team at David Hoffman Realty is honored to represent a development and building team with nearly 40 years of experience, building in both Charlotte and Atlanta, including Park Plaza in Buckhead; the first luxury condo project in Atlanta, with both Elton John and Oprah Winfrey calling the skyscraper home,” said David Hoffman.

The residential units will feature high-end finishes such as quartz countertops, marble tiling, and rain shower heads, electric fireplaces, 10-foot ceilings, and secure parking and entrances. Resident amenities will include storage units, a fitness center, a conference room, barbecue stations, a fire pit, a pool with a Baja shelf, a sprawling dog park, and more. 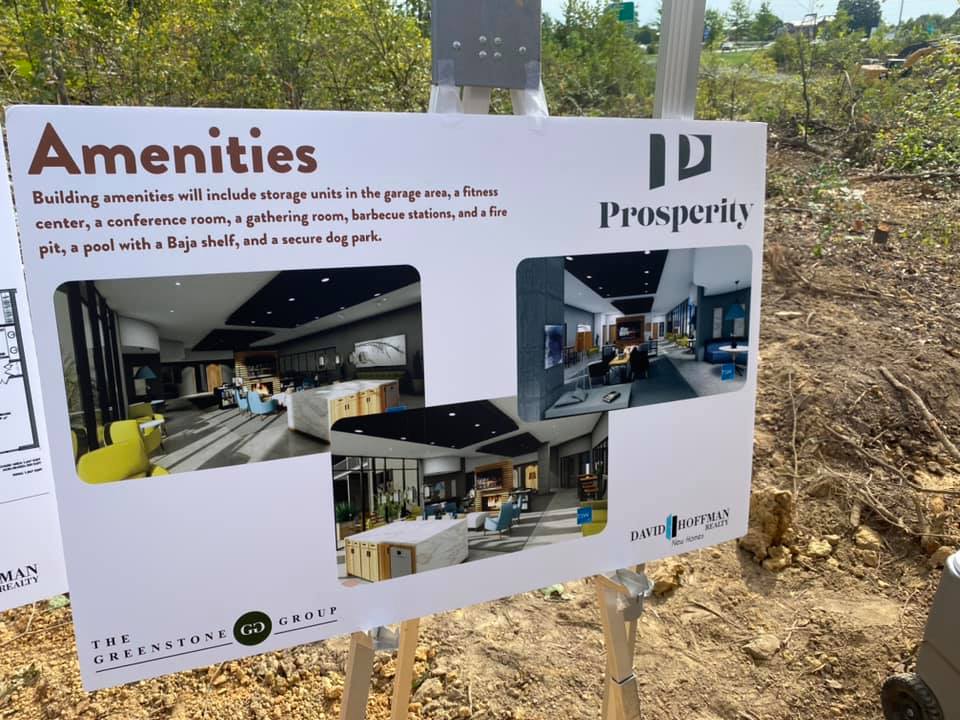 What do you think about the new development?